31 Ways To Let Your Light Shine! 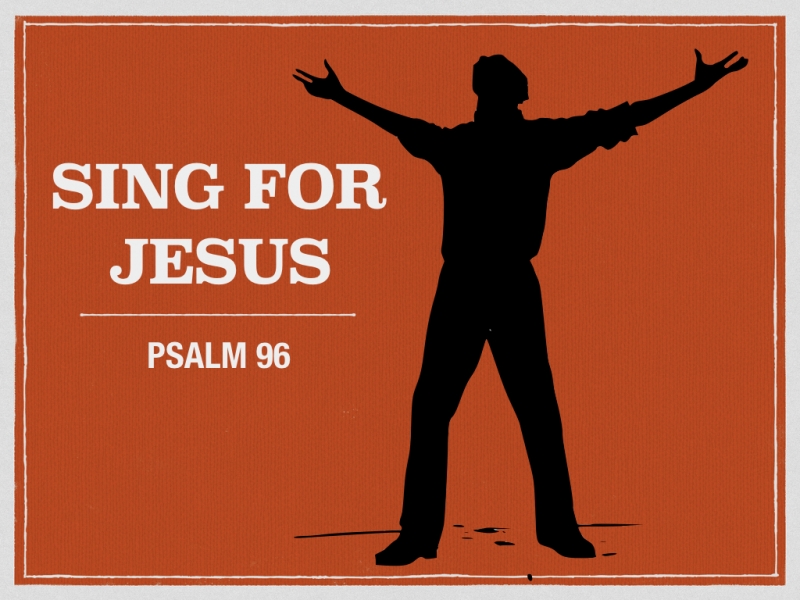 29 - Sing for Jesus - Get out of your comfort zone

sing to the Lord, all the earth.

Sing to the Lord, praise his name;

proclaim his salvation day after day.

Declare his glory among the nations,

his marvelous deeds among all peoples...

Shine the light of song. What a powerful way to proclaim your Lord and Savior. I was walking through a department store the other day and there were two women talking off to the side. I didn't really pay any attention to them as I was in rather a hurry to get what I came in to purchase. But suddenly one of the woman said, "Praise Jesus" and she started to sing. Her song was a little pitchy but she sang it "Loud and Proud".

I wasn't the only one stopping to notice. Some people shook their heads and went on. Others stood and listened and smiled. And there was another person who went over to join her. In just a few moments there was a small trio of women singing a spontaneous song of praise right there in the store!

I did not go over to ask what was going on. God's spirit had already told me in my heart that something beautiful had just happened. So I went on about my business with a smile on my face and renewed vigor in my step.

You may say to yourself, "I couldn't do that." Some of you might even say, "Well that lady did it for show". If you were there you would have seen the look on her face and known the only show going on was a woman who was praising here Lord!

Throughout the history of man there have always been those who have broke out in spontaneous song to the Lord. Moses did it when the entire army of Pharaoh was drown in the Red Sea. Hannah did it when she found out she was pregnant with Samuel. David danced and sang for the Lord on many occasions. Mary did it when she went to visit her cousin, Elizabeth. It was the first thing Zachariah did at the birth of his son, John, even though his voice had been gone for 9 months. Blind men, lepers, and lame men went leaping and dancing and praising God in song when they were restored at the hands of Jesus or one of the Apostles. So why not sing and dance for your Lord and shine the light on His glorious works?

Get out of your comfort zone, focus on Jesus and what he has done for you, let the Holy Spirit lead, and sing! May God bless you today as you shine the light of song and sing for Jesus.

And carried far away

And precious blood has washed away the stain, so

Sing to Jesus and live!

PRAYER THOUGHT: Dear Heavenly Father; You have sang to me the lullaby of your creation when my heart was wounded and my soul hurt too much to express words. You have dried my tears and renewed my strength when my burden was to heavy to bear. I praise you for your comfort, renewal, and blessings. Help me to "sing a new song" for you today. Give me the strength to get out of my comfort zone and sing for Jesus for it is in his name that I pray this prayer, AMEN!