The Real Reason For The Season: 31 Names of Jesus- 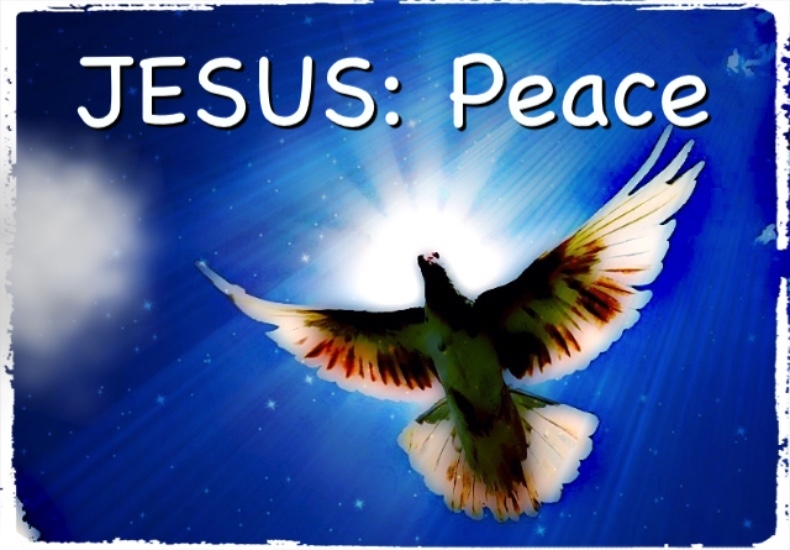 20. Peace – “For he himself is our peace, who has made the two groups one and has destroyed the barrier, the dividing wall of hostility,” Eph. 2:14

The message of the angels to the shepherds was "peace on earth." Jesus was to bring peace. But if this is true where is it? The reality is that since the birth of Christ 2,000 plus years ago, there is no peace on earth. At any one moment in time there are at least 28 wars or armed conflicts being fought in our world. Hate, anger, jealousy, and greed seem to be the theme of attacks on innocent people.

There have always been tragedies that have tried to rob the season of peace and joy. On Dec. 7, 1941, The Japanese launched an attack on Pearl Harbor that killed 2,403 and injured 1,178. This attack ushered the United States of America into WW2 just before before Christmas. On December 14, 2012, 20-year-old Adam Lanza entered the Sandy Hook Elementary School in Newtown, Connecticut and fatally shot twenty 6 and 7 year old children and six adult staff members before he took his own life. Just in the past few weeks we have seen terrorist attacks, police men and women attacked, shot, or stabbed by criminals, fires that killed and took property set by individuals who were "bored".

Don't get me wrong. I'm not saying that Jesus didn't bring peace but the message of "peace on earth" seems lost among the violence... or did we get the message wrong?

Henry Wadsworth Longfellow felt the same way. He lost his wife to a tragic house fire in 1861 that caused him great anguish and a conflict of faith. On top of that, The Civil War broke out that same year producing a scale of battle casualties unprecedented in American history: 620,000 dead; 460,000 wounded. To say that Henry Wadsworth Longfellow was blue was an understatement.

One Christmas, he sat at his desk and he heard the church bells ringing out the message of Peace. In his mind he thought, "There is no peace on earth." But he picked up his Bible and contemplated the Christmas story from Luke 2:8-14. Suddenly inspired, He wrote a poem called “Christmas Bells.” the poem was later set to music and given the name "I Heard the Bells on Christmas Day".

Longfellow discovered the true peace of Christmas as he contemplated the message of "peace on earth, good will to men." The peace that Jesus brought was not peace between countries at war. He did not come to bring "world peace" or peace between man and man. He came to bring peace between God and Man.

You see, by not following God's commands we have rebelled and declared war on God. And we have all sinned and fallen short of his glorious standard. In doing so we have brought his wrath on us. We deserve to die and go to Hell. But because of God's great love for us, in spite of our sin, God sent his Son, Jesus to take our punishment. Jesus bore all our sins on the cross and died for us. He did this so that we could have the gift of life through his gift of grace. In other words, Jesus is the ultimate peace treaty between God and us.

In Longfellow's last stanza we can see the realization of this message of peace and our response to it:

Till, ringing, singing, on it’s way,

The world revolved from night to day

A voice, a chime, a chant sublime,

of peace on earth, good will to men

This peace is for each person to receive and then, like the Christmas bells, we are to pass the message on to others. In sharing the message of peace between God and man we could bring peace to a sin-sick, war-torn world.

I thank God for Jesus, His peace treaty. May God bless you this day as you experience the peace of Christ in your life.

PRAYER THOUGHT: Dear God Almighty. You are awesome and worthy of all my praise and worship. I know my sins have brought conflict between you and I. I thank you for Jesus, the ultimate peace treaty. Thank you for sending him to take my punishment and bring me the gift of grace and life. I look forward to being with you in heaven one day. In Jesus' name, Amen.